George and I find ourselves in town this weekend, doing some packing, but mostly taking it easy. It's a nice change of pace, and the down time is much needed before the busy month ahead. I'll be glad to see July 1 come around.

I've signed up for another 5K, this one this coming Saturday. I'm looking forward to the change in exercise routine, and can't wait to see if I can improve my time. The last time I ran a 5K race, I finished in 46 minutes, 30 seconds. I think I can top 45 minutes, for sure. How close I get to 40 minutes probably depends, in part anyway, on how hilly the course is.
Posted by Lesley Looper at 5/28/2007 No comments:

George came over and helped me with some packing last night. We made progress, though not as much as we'd hoped. (I'm realizing just how much stuff I actually have! Yikes!) Tonight we're going to work on his place some. We're hoping this weekend brings a big packing push for both of us.
Posted by Lesley Looper at 5/24/2007 No comments: 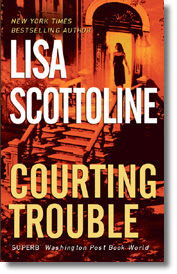 At the moment, I'm enjoying the book, Courting Trouble, by Lisa Scottoline. It's a legal mystery, and is a pretty fast read, nice for almost-summer, especially with the stress in other areas of my life. It's a nice escape. I'll probably finish it this week and return it to the light reading paperback shelves here at the library. Time to start weeding through my own bookshelves at home and see what I need to return to the library, or pass along to others, or save. I love books, and in time I'd love to have a room dedicated to books in my home.
Posted by Lesley Looper at 5/21/2007 No comments: 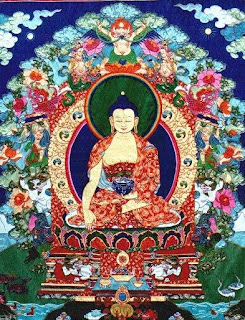 My friend, Suttee, invited us to the Buddhist temple she attends in Knightdale, near Raleigh to see the Vesak festival today. It was held outdoors, which Buddhist monks, nuns, and dancers, plus lunch beforehand. All of it was really fascinating to me! There was a lot of traditional music (Suttee told us it was Thai music), and the flowers, flags, and other decorations were very colorful--yellows, blues, reds. I'm so glad Suttee invited us to join her.
Posted by Lesley Looper at 5/20/2007 No comments:

Catching Up with Friends 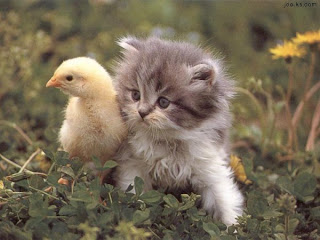 Last evening I tried to call my former co-worker, Aura, who's moved to California. Yesterday was her birthday! I didn't get hold of her, but it was kinda nice to hear her voice on her cell phone voice mail message. I left her a message.

After that, I decided to call an old Toastmasters buddy, Alice. We met at the Bull City ToastMasters several years ago, and realized last night that it's probably been about three years since we've seen each other. She has since has a baby, and doesn't have time for Toastmasters right now. I don't either, but have been thinking about going back. Anyway, it was great to catch up with Alice (it has been about 9 months since we'd talked!), and we hope to get together after my move.
Posted by Lesley Looper at 5/18/2007 No comments:

Last night I tackled the bathroom, cleaning out the linen/supply closet, as well as underneath the sink. That was a good job to get out of the way! It was good to consolidate supplies and toss old stuff. Lord knows WHEN I'd swept out the bottom of that closet. ANd how did I get so many hairbands?! At least they're all together now.

I need to keep chipping away at my apartment. Wonder room(s) what I'll work on tonight...fun, fun! It is nice to have the motivation of moving to get me going on this sort of thing. I'm sooo excited about our new place!
Posted by Lesley Looper at 5/17/2007 No comments:

Half Marathon in Charlotte!

I've just discovered a half marathon (Thunder Road Marathon/Half Marathon) in Charlotte in early December that would be a neat thing to do! I've been thinking about doing one in October or November, but this would give me a little more time to train and lose weight, plus it would be a great birthday present for myself!
Posted by Lesley Looper at 5/16/2007 No comments:

I just had lunch outside, and it's a beautiful day here in Durham! It did my spirits good to sit outside and enjoy the fresh air and sunshine from a table outside of the library, underneath a big umbrella.

This evening I'm having dinner with a friend I met back on New Year's Eve. We really hit it off when we met, but haven't been able to coordinate getting together until now.
Posted by Lesley Looper at 5/15/2007 No comments:

George and I went to see Spider Man 3 last night at the theater at Brier Creek Commons. It's a nice, fairly new theater. The movie was pretty good, but long, nearly 2.5 hours.

Tomorrow is, of course, Mother's Day. It's also Graduation Day at Duke. I often get pensive during this time, especially since I've been back at Duke. The other night, I caught up with my sister, Lisa, on the phone, and she asked me what I'd do differently in college if I had it to do over. It was an interesting question, one I've actually thought about already. I'd want to study more, have more fun, meet more people, sink my teeth into a cause.
Posted by Lesley Looper at 5/12/2007 No comments:

End of an Era

George and I were just planning a date night tonight, and were thinking about the Starlite Drive-in in Durham, I checked the website when the movie listing didn't come up on Yahoo Movies, and it turnes out the drive-in is closed, maybe for good! The owner died unexpectedly! :-( George and I have had several fun dates there. I enjoyed this write-up about the Starlite on the "Big Blog."
Posted by Lesley Looper at 5/11/2007 No comments: 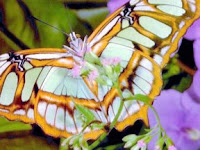 We had our final Junior League meeting of the "year" last night, and it was held at the Museum of Life and Science. One of the highlights for me was being able to go through the Butterfly House. I saw some beautiful butterflies, some flying around and others hanging from branches, appearing to be sleeping. It was neat! I hear it's also really pretty when it's sunny outside, that the butterflies tend to be more active during a sunny day.

I also enjoyed catching up with Hallie and some others at the meeting last night.
Posted by Lesley Looper at 5/10/2007 No comments: 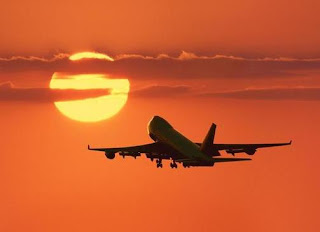 Last night George and I had an unexpected trip to the RDU Airport to pick up a friend and take her home to Raleigh. One of the nice things about it, though, was realizing how close we are to the airport. Close enough, but not too close. :)

I'm sleepy today due to the late night, could use a long, cozy nap!
Posted by Lesley Looper at 5/09/2007 No comments:

This weekend I did more bill shredding, and was able to get rid of several bags of trash. It's a relief to feel like I'm getting my financial house in order, especially since G. and I are moving in together. Moving to a new apartment has me thinking all the more about buying a home and other financial goals, both short- and long-term.
Posted by Lesley Looper at 5/07/2007 No comments:

Yesterday George and I went by our new apartment complex to get some more info and see where, exactly, our apartment is going to be. It was fun to see. We also found the nature trail, walked along for a bit and enjoyed the bench swing and gazebo.

Last night we went to the minister's house for a night of grilling and games. It was something I bid on at the annual auction earlier this year. We got to meet some people we didn't know before, and it was a good time! Glad we went.
Posted by Lesley Looper at 5/06/2007 No comments:

I took a little quiz on BlogThings, and the results are below. Not surprising, considering I used to be a teacher, and now I'm a librarian. 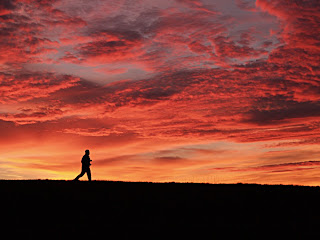 I'm thinking about signing up for the Rex Healthcare Half-Marathon in Raleigh on November 4th. I would be a big stretch for me, but I think I'd make a lot of progress toward my fitness and weight loss goals with the extra push. Thinking about it gives me baby butterflies, but makes me enough excited to overcome the butterflies. It's 6 months from tomorrow! Race info says I'd need to be able to finish in 3.5 hours. Wow.
Posted by Lesley Looper at 5/03/2007 1 comment: 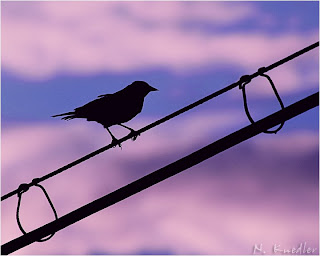 I'm hyper-aware of balance in my life these days, juggling many things at work, the Rice Diet, exercise, time with George, time to myself, and now the process of getting ready to move. Yikes! Feeling a little overwhelmed! I have started making lists to help me with all the tasks, and that's helping some. Other things that will help: continuing to exercise, making an extra effort to get enough sleep, and getting better organized.
Posted by Lesley Looper at 5/02/2007 No comments: